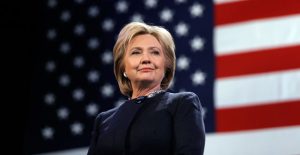 It seems that, for whatever reason, people are still having trouble coming to terms with having a woman as president. In fact, if the polls are to be trusted, over 40% of voters are voicing their concern through their support of Donald Trump. This may seem shocking in our modern, enlightened age, but the numbers don’t lie.

And it’s ridiculous that this kind of misogyny is still rampant among the United State’s electorate. This is especially absurd when you consider that there is very concrete evidence that female leadership has been a large part of the evolutionary success of the human species.

This claim may run counter intuitive to most people’s perception human prehistory. Many hold the view of humanity progressing through a savage period where men took the women they wanted – dragging them off to their caves. However, the reality couldn’t be further from the truth. The fact is that early human societies were cooperative communities  where females actually held a slightly higher status than the male. Evidence for this found in the goddess-worship of most early human civilizations.

But even before we started developing societies and culture, we were primates. And if we look at primates today and our evolution from them we can find multiple pieces of evidence that females were the main drivers of not just human evolution but the evolution of all life. If, for instance, we look at female mate selection, we see females playing the dominant role in how we pass our genes along.

In primates, we see females actually choosing one or a few males to mate with. We also see that, in primate societies, the female will choose “upward” or, in other words, the most complex male. And this behavior is demonstrated across the animal kingdom. For example, male birds like peacocks have developed elaborate feathers to attract a female. Choosing the most complex male extends to intelligence and in primates we see that female primates will often choose the more intelligent males. This female driven selection for intelligence is one of the contributing factor for intelligence in humans.

Female-centered societies were also instrumental in tool development and use which is another fact that leads evidence to the female’s claim on driving evolution. And, much like in mate selection, we see that this aspect of evolution can be found across many species in the animal kingdom. As an example, one of the oldest tools ever is the nest. Nest building activities can be found in many different animals like birds, fish, reptiles, and even insects. Commonly constructed by females, nest building is an exquisitely complex process.

Female-dominated tool use is also common among human’s closest ancestors. In chimps, for examples, researchers have found that mostly female and adolescent chimps are responsible for the manufacture and use of tools, including rudimentary spears. What’s more, it has been shown that the knowledge of tool making and use is passed down by the female to her offspring.

Another common misconception is that males came up with the moral code of our societies. This erroneous belief stems from the patriarchal doctrines handed to us through the dominant Judeo-Christian religious of our time. These belief systems channel the will of a male god and materialize in thing like the Ten Commandments.

Quite the opposite is true, however. It’s been shown that moral codes actually predate the human species as a code of morals is necessary for any life form having more than one cell. Further, and in primates, we see moral codes developed and implemented mostly by females. In fact, research suggests that moral codes have long be enacted by the female members of a species and stem from their ability to cooperate and build societies.

And that might be the most important reason for electing the first woman President of the United States because of our innate ability to build consensus and societies. Given that the males of any species tend to create war, chaos and division isn’t it time to put to bed the antiquated idea that women can’t lead?