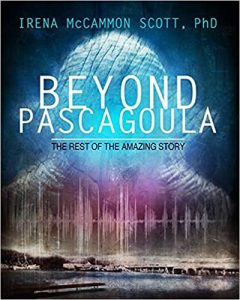 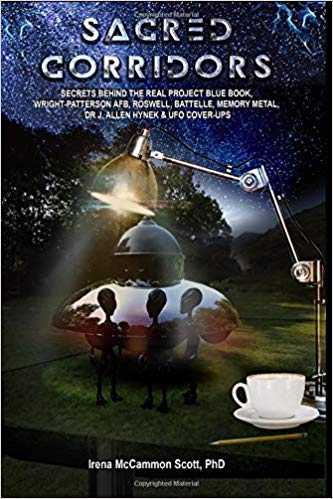 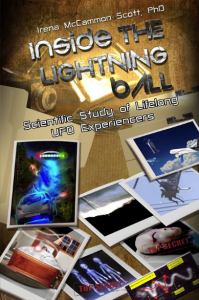 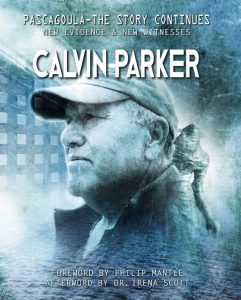 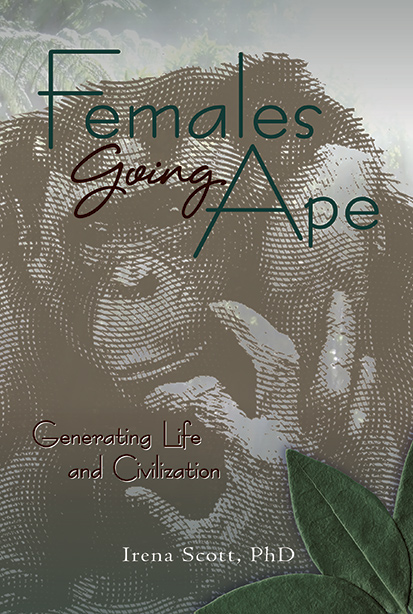 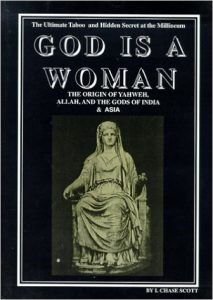 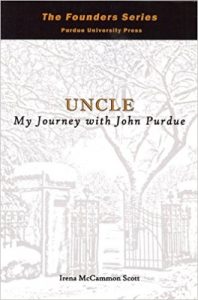 Uncle
My Journey with John Purdue
Click to Order 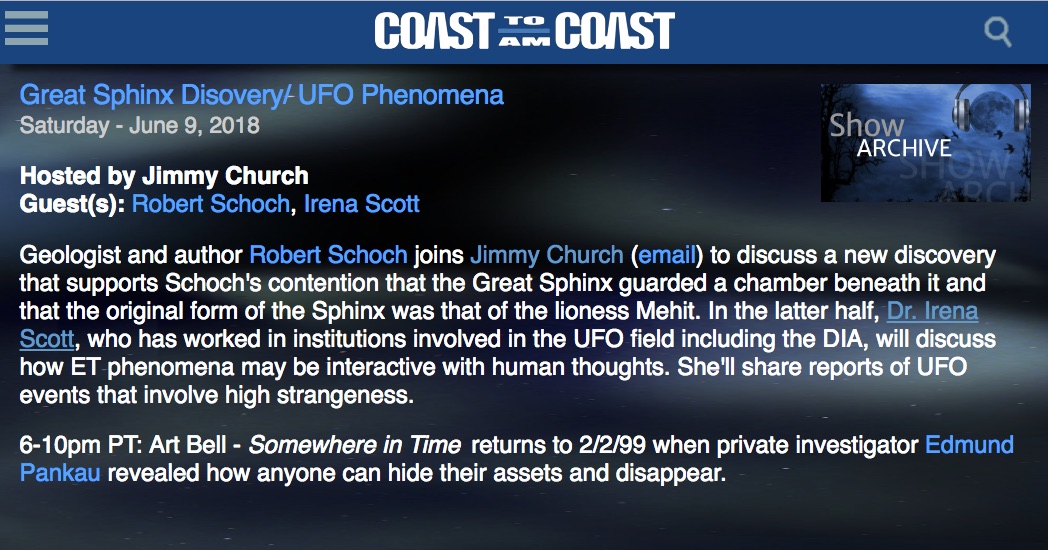 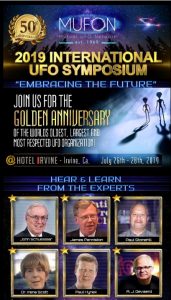 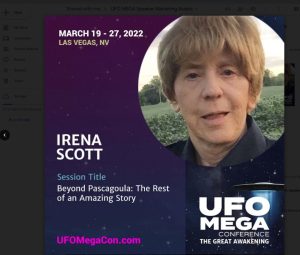 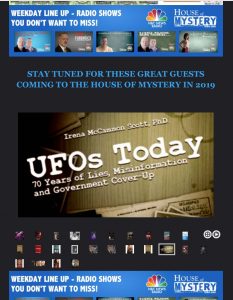 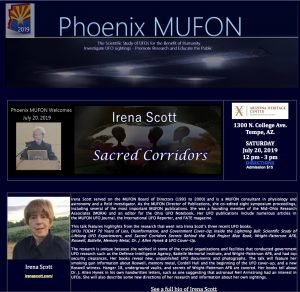 Buy it now from Amazon.com!

Dr. Scott has actually walked down the sacred corridors and hidden passageways where UFO studies took place, when she worked in several crucial UFO investigatory agencies. This inside information contains real documents, not the usual ‘informants’ stories and legends. 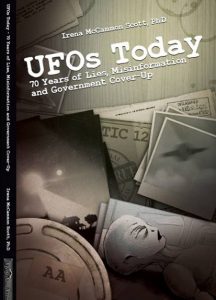 Buy it now from Amazon.com!

UFOs TODAY -70 Years of Lies, Disinformation, and Government Cover-Up is generally presented in chronological order, beginning with indications that the government knew something about UFO phenomena before the Kenneth Arnold event in 1947, which is generally considered the beginning of modern day UFOlogy.

The work is new and different because it focuses upon the importance of government research into this subject, whereupon most such research has centered on the investigation of witnesses and of the sites of UFO sightings.

What makes it truly unique and valuable is that several of the investigators have not only probed the organizations where the research on UFOs has been conducted, but have also worked in many of the most crucial institutions involved in the UFO field. This includes work at Wright-Patterson Air Force Base, Battelle Memorial Institute, and the Defense Intelligence Agency, DIA. Thus, unlike the few others that have done this kind of research, these researchers have had an inside tract to understanding the organizations, the researchers, and the results of the studies. Examination of government knowledge of the UFO phenomena is vital because it provides important evidence about whether the subject is taken seriously by government authorities, and can potentially provide technical information about the phenomena.

It also covers the complexity of the phenomena, which has contributed to the difficulty and controversy in conducting this field of research.

The research has also resulted in a several smoking gun revelations

This book also features new information about the Roswell event. This man’s unique testimony will be published here for the first time. It was from a former US Deputy Sheriff who was an alleged witness to the UFO crash at Roswell in 1947.

This book shows the female as the principal actor in both the advancement and evolution of earth’s organisms. Scott shows the female is earth’s principal life form, and that the male developed later in evolution. Females survive better than males, most organisms are female, most can reproduce without a male, and they are the natural leaders and innovators. 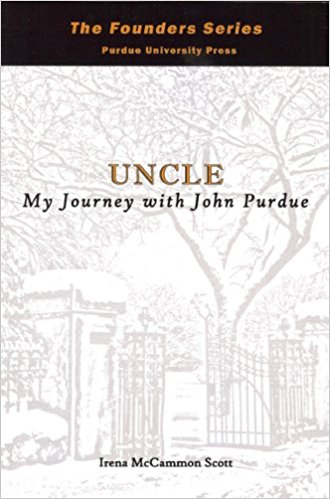 Uncle My Journey with John Purdue

The first of the Founders Series from the Purdue University Press

In the most comprehensive biographical study of John Purdue (c. 1802-1876) to date, Purdue’s great-great-grandniece describes her travels to the diverse places where Purdue had lived in order to learn about the mysterious relative known in her family as Uncle.

Uncle challenges a commonly held belief that Purdue was a cold-hearted business mogul. Instead the author shows Purdue as a human being and as a generous family man with a visionary nature.

Buy it now from Amazon.com 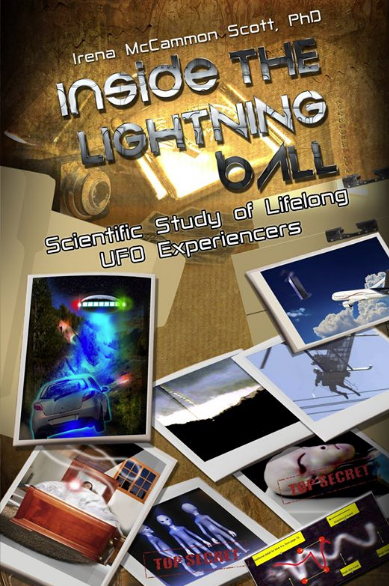 Inside the Lightning Ball

acceptance of UFO phenomena. It includes many examples of scientist’s sightings, activities, and a scientific study proving the phenomena exists.

It also includes peer-reviewed UFO publications. I have had a number accepted by and published in well-recognized scientific journals and may be the only one to do this.

It also includes my own experiences as a scientist. These are well documented from an early time and have been studied by several foremost UFOlogists and scientists. The objects have remained unidentified. It also includes scientific analysis of material providing information about how UFOs work. Some photography is included that was made and published before the digital age. It contains additional hard evidence. And because I worked for a number of government organizations and held high clearances, it also contains inside information.

Dr. Irena Scott received her PhD from the University of Missouri College of Veterinary

Dr. Irena Scott received her PhD from the University of Missouri College of Veterinary Medicine in physiology, did post-doctoral research at Cornell University, and has had a professorship at St. Bonaventure University. Her MS was from the University of Nevada, her BS from Ohio State University in astronomy and biology, and she has done research and teaching at The Ohio State University College of Medicine, and the University of Nevada. The Defense Intelligence Agency (DIA) employed her in PhD level (GS-11) research in satellite photography including in its Air Order of Battle section, which involved aircraft identification with above top-secret security clearances. She was employed in MS level work as a Physical Scientist/Cartographer in the DMA Aerospace Center/Aerospace Center using satellite photography, and she worked at Battelle Memorial Institute. She has been sent for work related purposes to Wright-Patterson Air Force Base.

She was a volunteer astronomer at the Ohio State University Radio Observatory (noted for the WOW SETI signal), is an amateur astronomer, has taken flying lessons and is a drone pilot. She was a correspondent for Popular Mechanics magazine. Her publications include books, and works in scientific journals, magazines, and newspapers. Her photography has been shown on television and in magazines, books, and newspapers.

She served on the MUFON Board of Directors (1993 to 2000), and is a MUFON consultant in physiology and astronomy and a field investigator. As the MUFON Director of Publications, she co-edited eight symposium proceedings, including several of the most important MUFON publications. She was a founding member of the Mid-Ohio Research Associates (MORA) and an editor for the Ohio UFO Notebook. Her UFO publications include numerous articles in the MUFON UFO Journal, the International UFO Reporter, and FATE magazine. She has taken a scientific approach to UFO phenomena and published papers about UFO data in peer-reviewed scientific journals.

She has been employed as an Assistant Professor (Department of Biology) at St. Bonaventure University, and has done research and teaching at the Ohio State University, the University of Missouri, the University of Nevada, and at Battelle Memorial Institute. She was a correspondent for Popular Mechanics magazine, with articles appearing in the “Technology Update” and “Science” sections. Scott has also worked as a volunteer astronomer at the Ohio State University Radio Telescope in Delaware, Ohio. She is the author of six books and has contributed chapters and articles to numerous scientific journals, magazines, and newspapers. Her listings include Who’s Who in the World, World Who’s Who of Women, Who’s Who in the Midwest, Dictionary of International Biography, and Who’s Who in Frontier Science and Technology, Her latest book, Uncle: My Journey with John Purdue, is a biography of John Purdue, founder of Purdue University and of the Purdue Block in Lafayette, Indiana.[1][2][3] “Uncle” is foreworded by Pulitzer Prize-nominated author, William Allen, who is the author of Starkweather: Inside the Mind of a Teenage Killer, Aransas: The Life of a Texas Coastal County, and other books. “Uncle” is the first of the Founders Series, published by the Purdue University Press.[4]

Below is an example of UFOs Today: 70 Years of Lies, Misinformation and Government Cover-up best seller status. It has been in the Amazon.com top 10 and 100 best seller lists in UFOs and in the Astronomy  & Space Science categories. 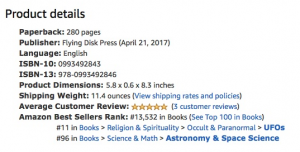 It has been the second highest best selling UFO book: 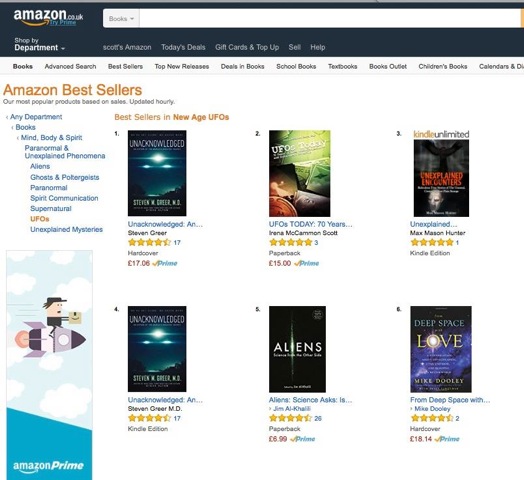 It has been on the Best Sellers list in scientific categories: 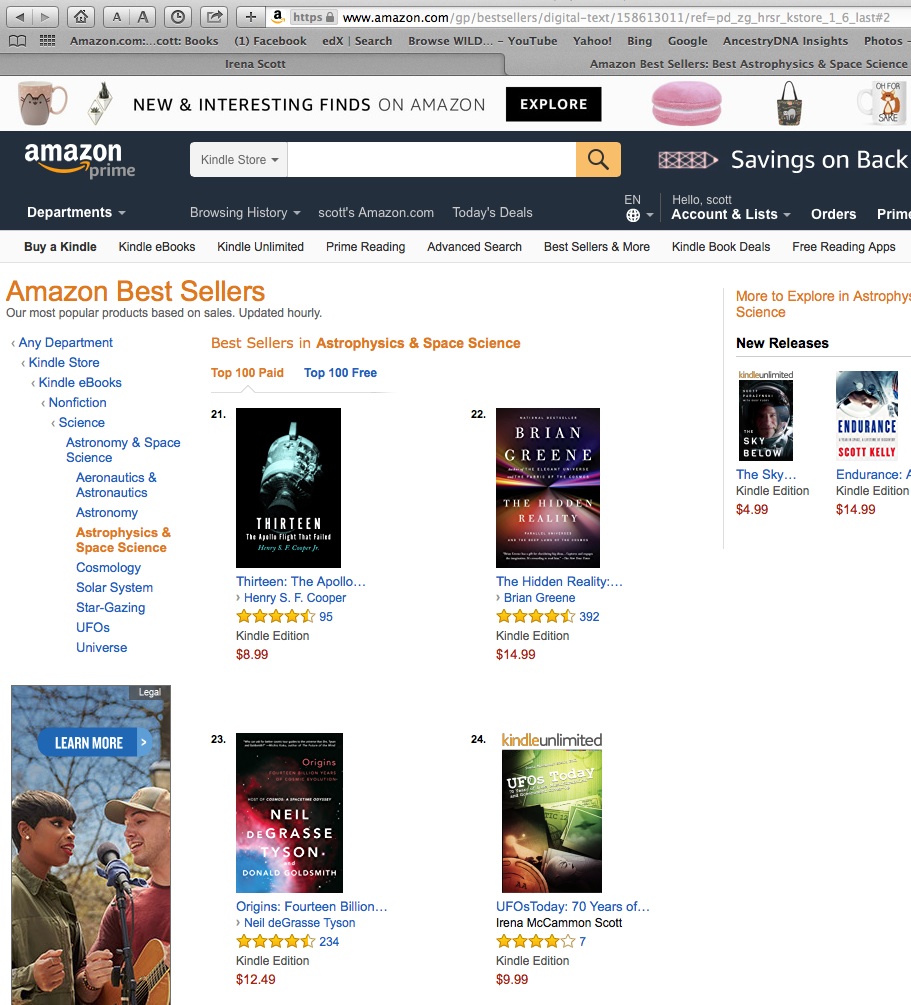 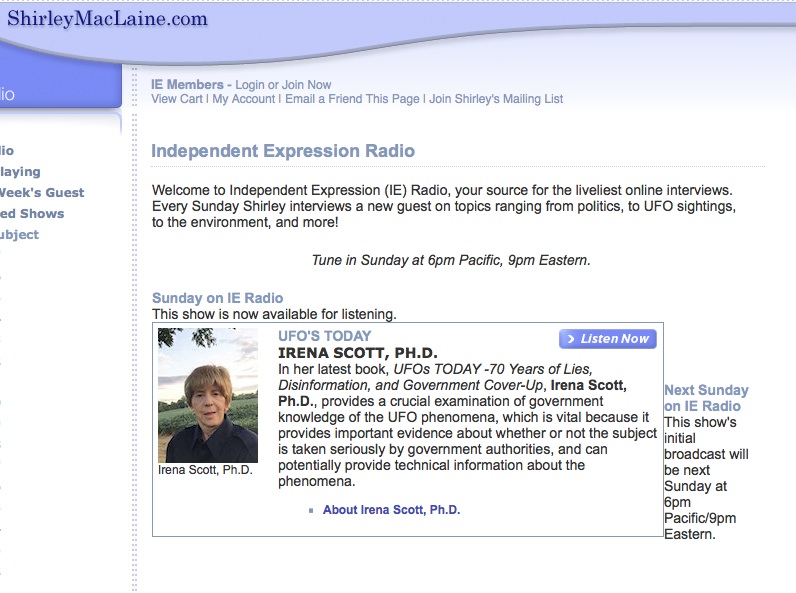 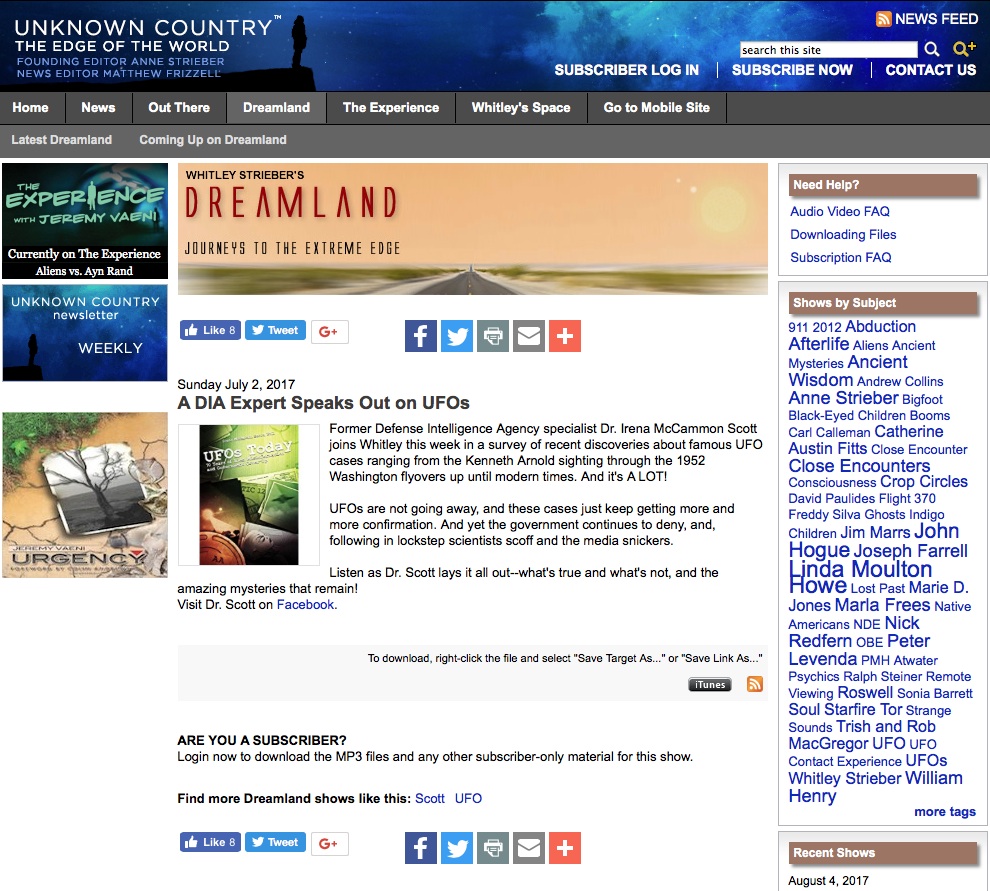 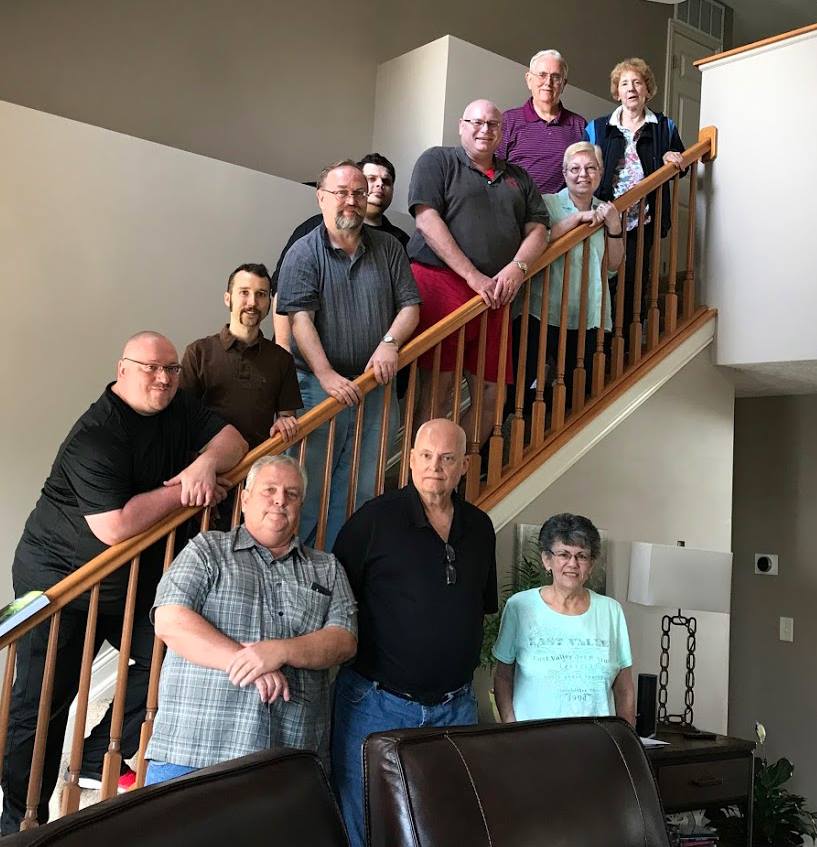 Purdue University founder and founder of many other institutions. 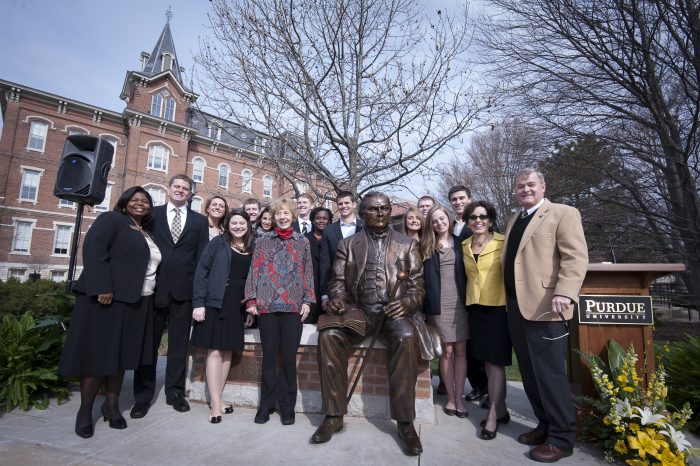 Lectures and other activities at Purdue University (Uncle: My Journey with John Purdue Irena McCammon Scott) 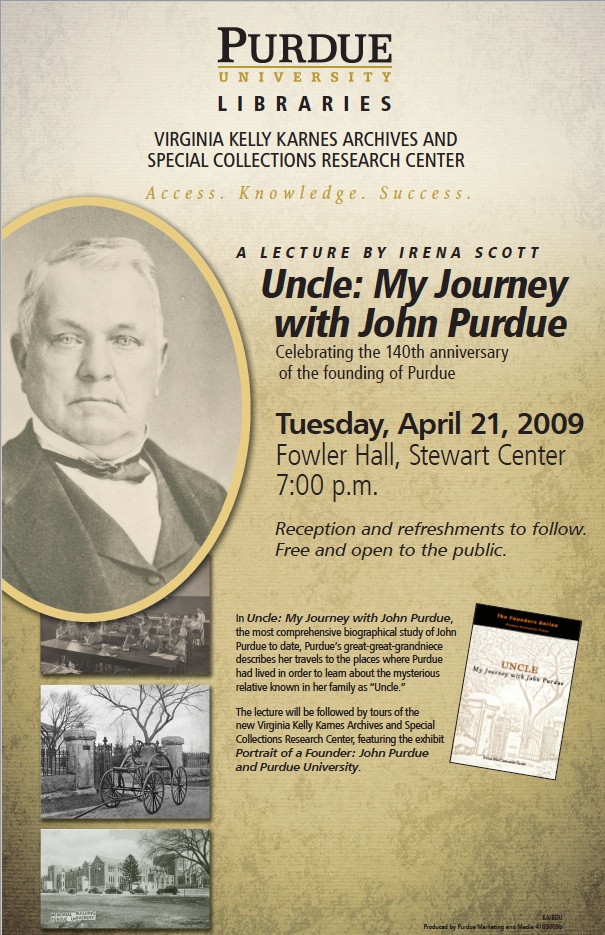 Dedication of the John Purdue Statue (Purdue University) “A new John Purdue bronze statue was dedicated Sunday morning… Speeches were given by former Purdue president France A. Córdova, the president of the Iron Key Club, and Irena Scott, the great-great-grandniece of John Purdue.” 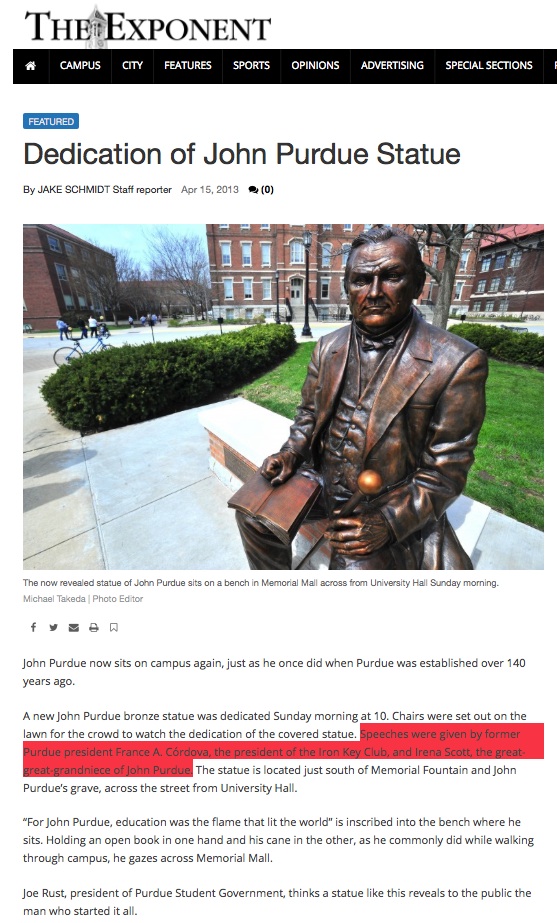 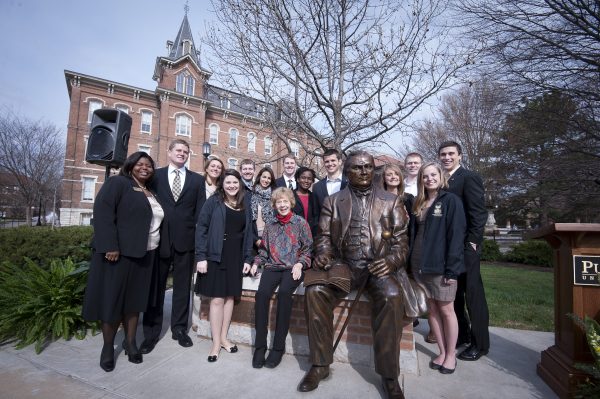 Articles in the World’s top newspapers: 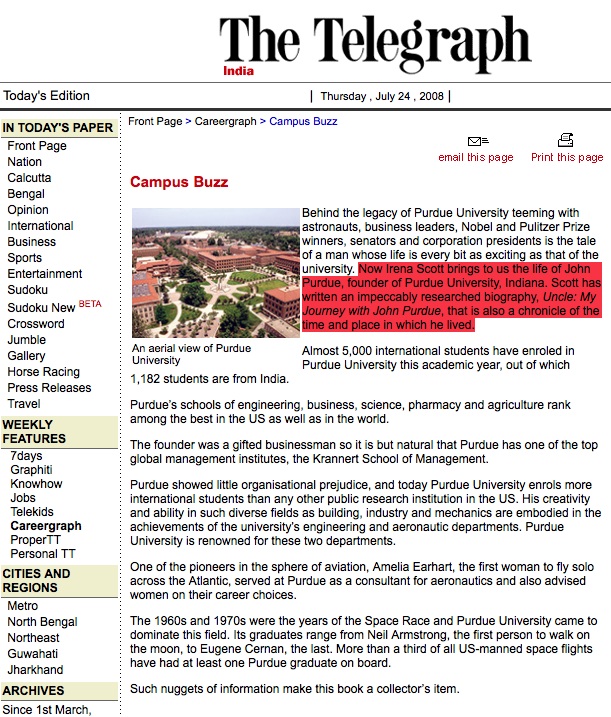 Purdue University is normally listed as one of the  World’s Best Universities, e.g.:

Purdue also had a part in founding an old family farm, which may become a public park 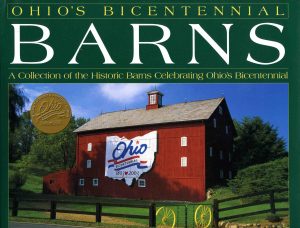 Calvin Parker and Charles Hickson were abducted by Aliens in 1973. The incident made headline news around the world yet like many reported UFO encounters skips into the ether and is forgotten over time. This case however, now takes the forefront decades later as new eyewitnesses have emerged to tell the story and confirm the horrifying encounter actually happened on that October night in Pascagoula, Mississippi. Hear the true story from the lone survivor, Calvin Parker, and the shocking details that have never before been exposed until now. This is the Alien abduction case that will change your mind about the Alien presence on Earth.