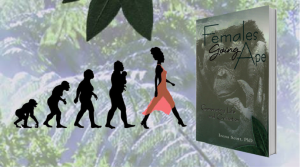 We’re on the brink of electing the first female president in the History of the United States. But, even at the door of this monumental accomplishment, people still seem to think that a women can’t be president. Which is laughable considering there’s very real evidence to suggest that human society develop from the societies of our primate relatives. Societies that, very likely, evolved and developed because of females.

It seems insane that people still doubt the ability of a women to lead. Especially when so much evidence exists that shows females as major actor, if not the main actor, in human evolution. In case you’re thinking, Well sure that might work for apes but human aren’t apes, here are 4 societies that are expressly led by females.

The Ede of Vietnam

In Ede villages and communities, while land is owned communally, all other property is owned by women and is passed down from mother to daughter. Women have such a prominent role in Ede culture that they are even expected to propose to their husbands. What’s more, her husband actually takes her family name.

The Musuo People of China

One of the examples used in Female’s Going Ape, women in Musuo societies make all the business decisions. They also practice a walking marriage. This allows females to pick their partners but doesn’t bind them to them. In addition, women over 13 years old get their own private rooms (known as flowering rooms) and everyone else lives in communal space.

Another example of female led societies is the Hopi. It can be found right here in the United States. Although labor is divided equally among all tribe members, women hold the majority of the power. For instance, whenever a child is 20 days old, Hopi women come together to give the baby a name.

The Chambri of Papua New Guinea

Popularized by Margaret Mead, Chambri society came to the forefront in the 1930s and sparked feminist movements in the United States. In Mead’s writings, she showed how women were responsible for providing for their family and the Chambri community as a whole. While anthropologists later found the Chambri are more equal than portrayed by Mead, women still have control of many facets of the Chambri culture.

It’s seems absurd that in 2016, we have to make the case that a women can led us. Especially in an election where one candidate is one of the most outrageous misogynist public figures since the 1920’s. It’s good to remind ourselves that women can and should lead us. Adding onto the fact the evolutionary theory is on our side.

Want to learn more about the evolutionary case for female leadership? Then pick up a copy of Females Going Ape on Amazon.